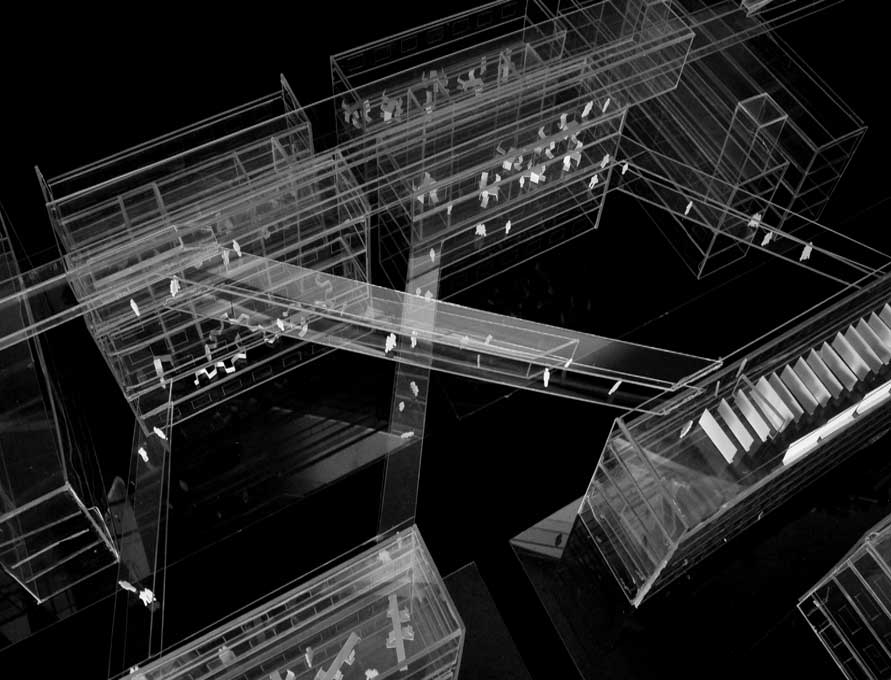 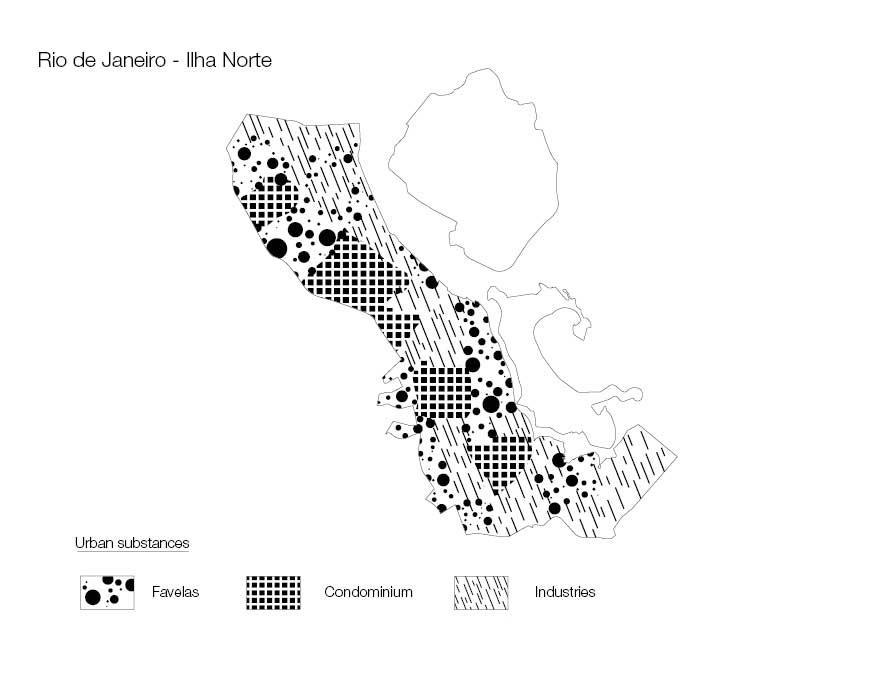 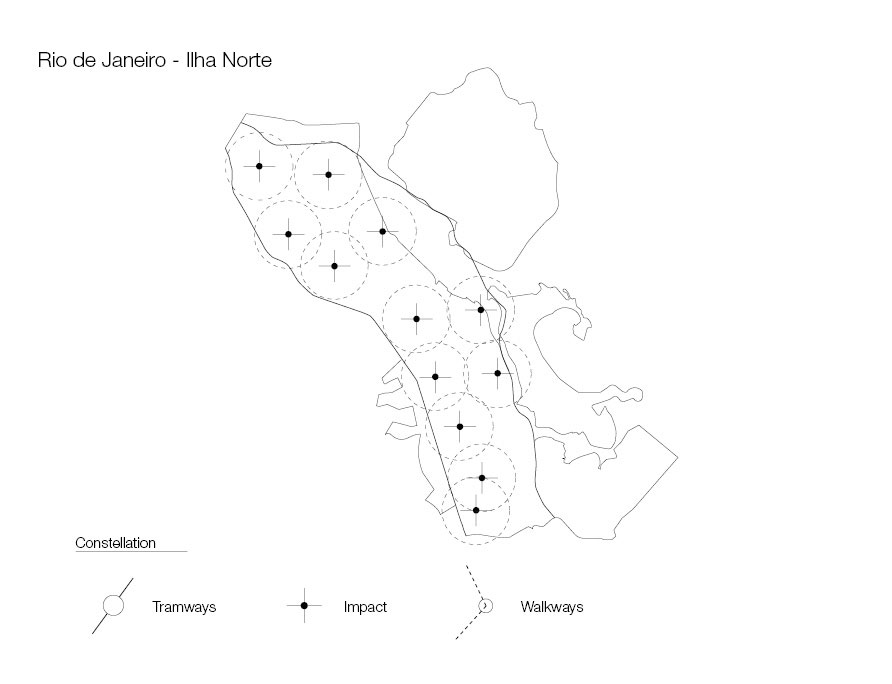 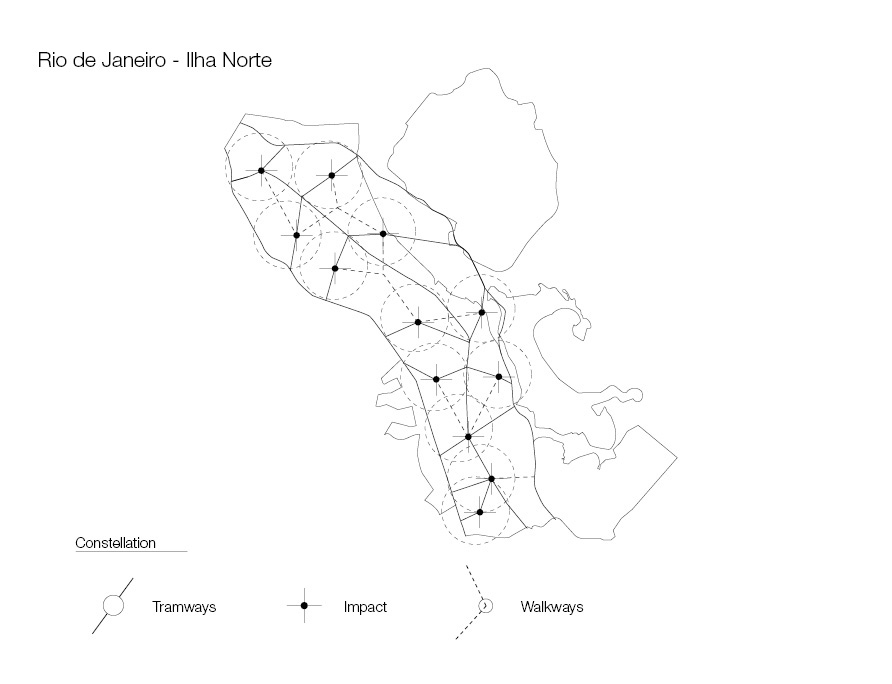 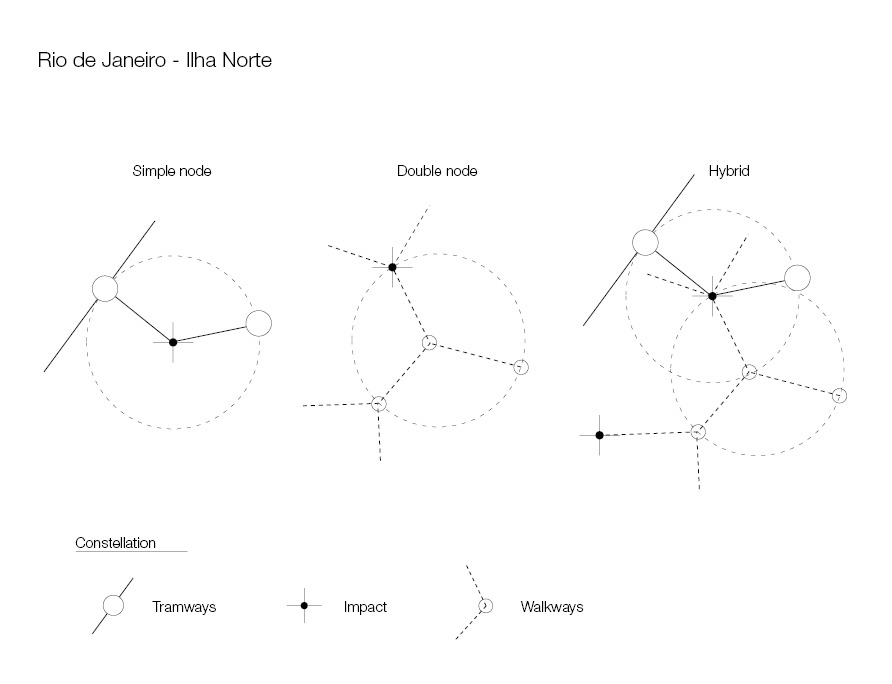 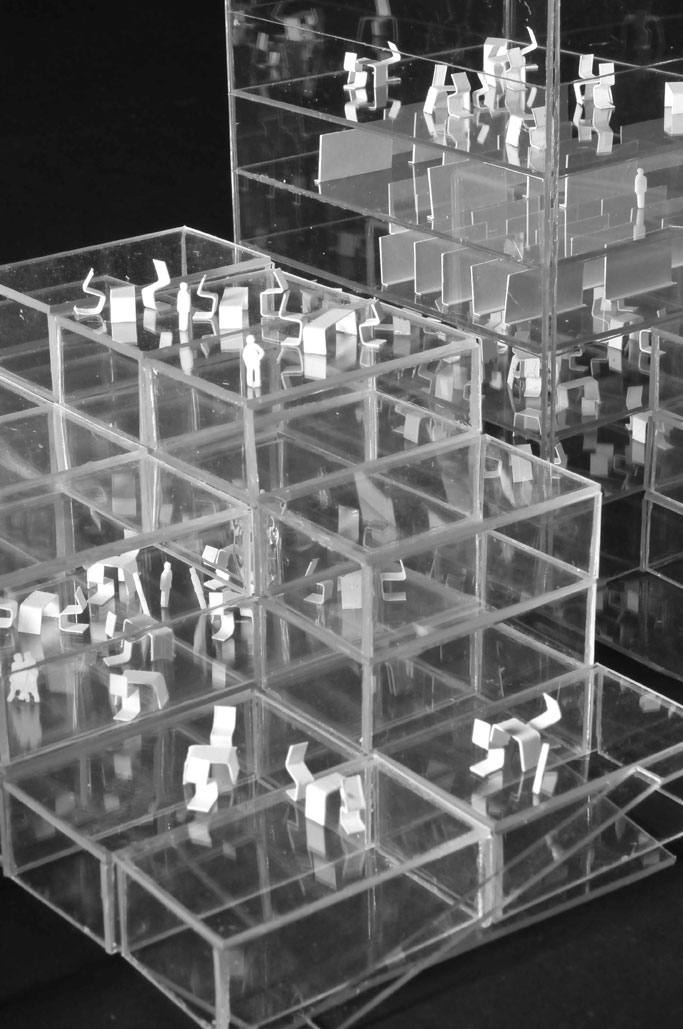 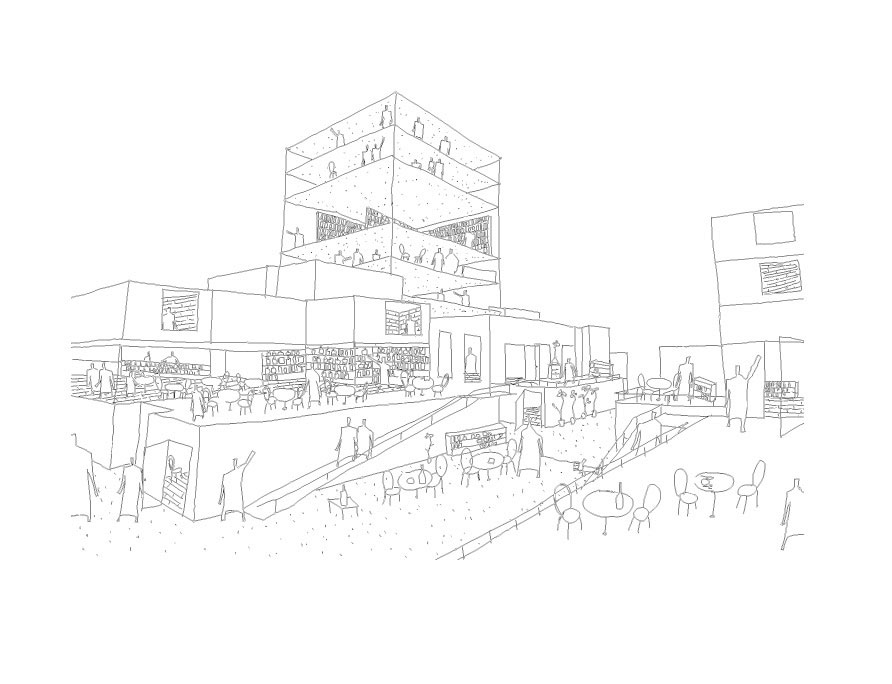 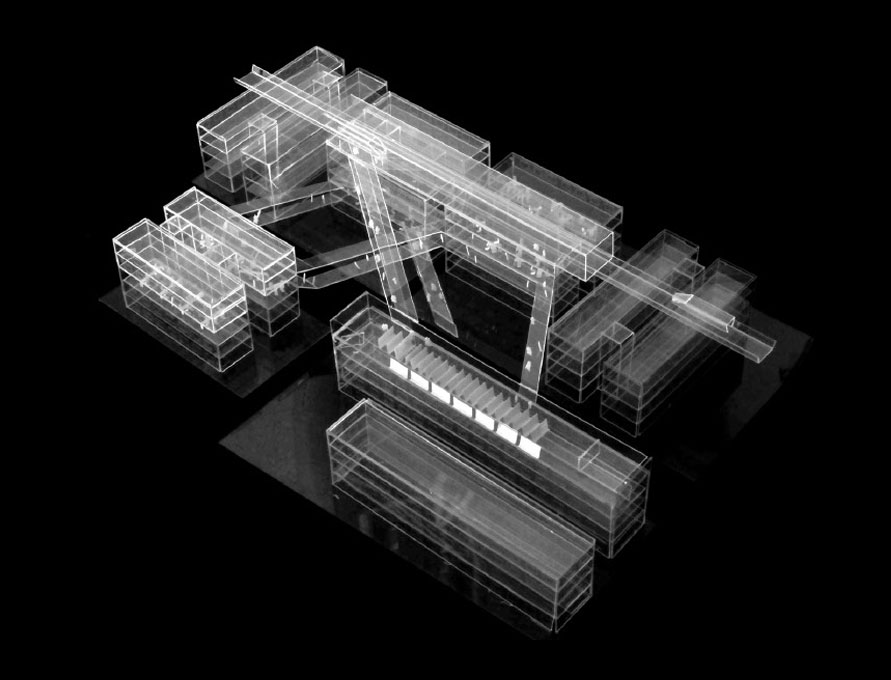 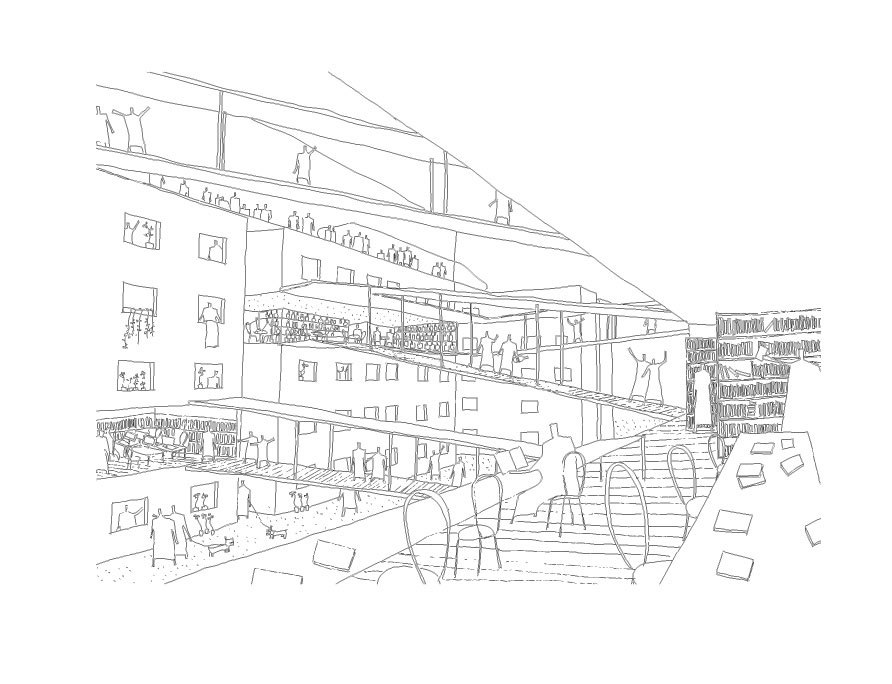 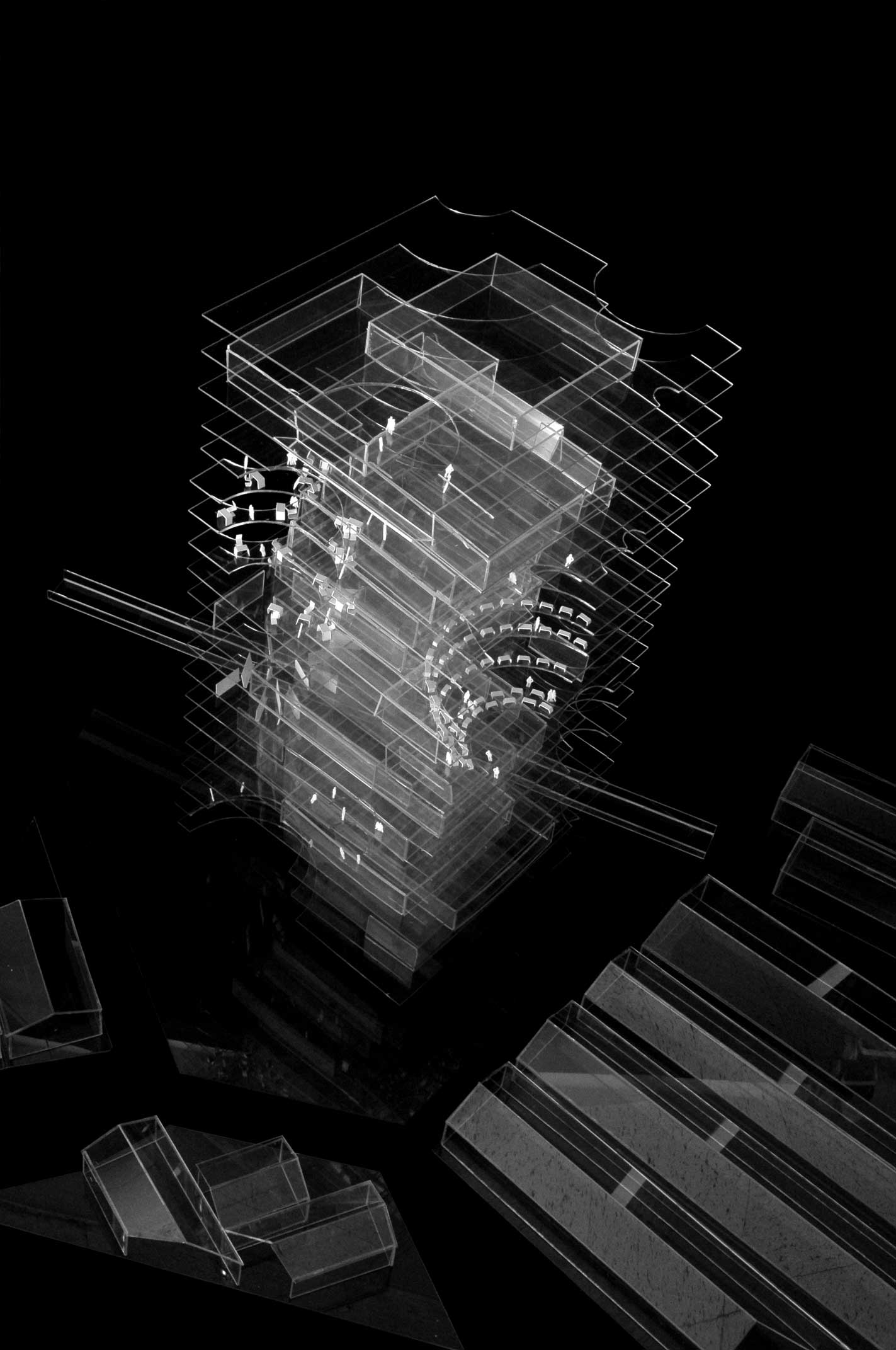 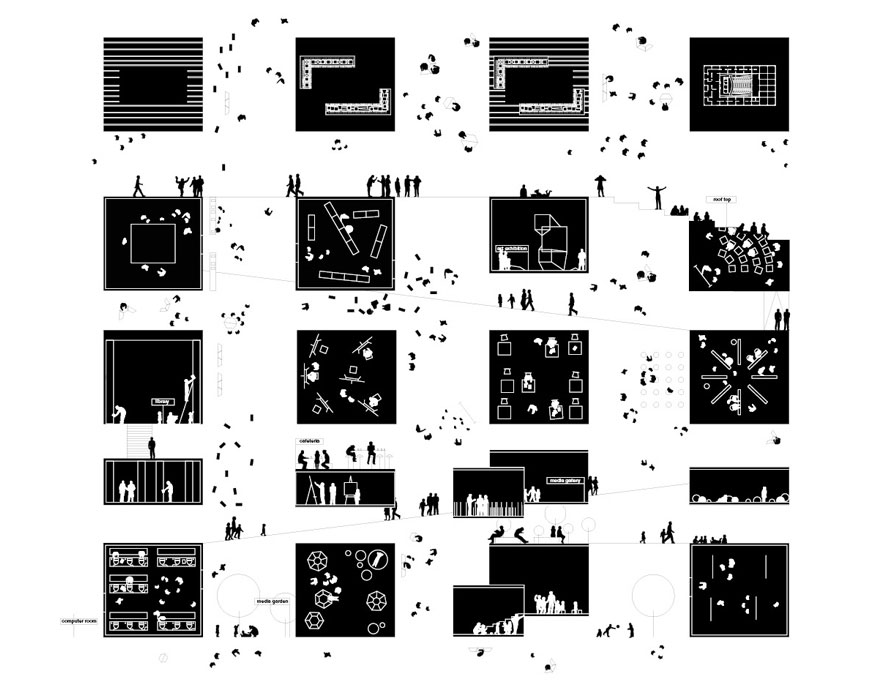 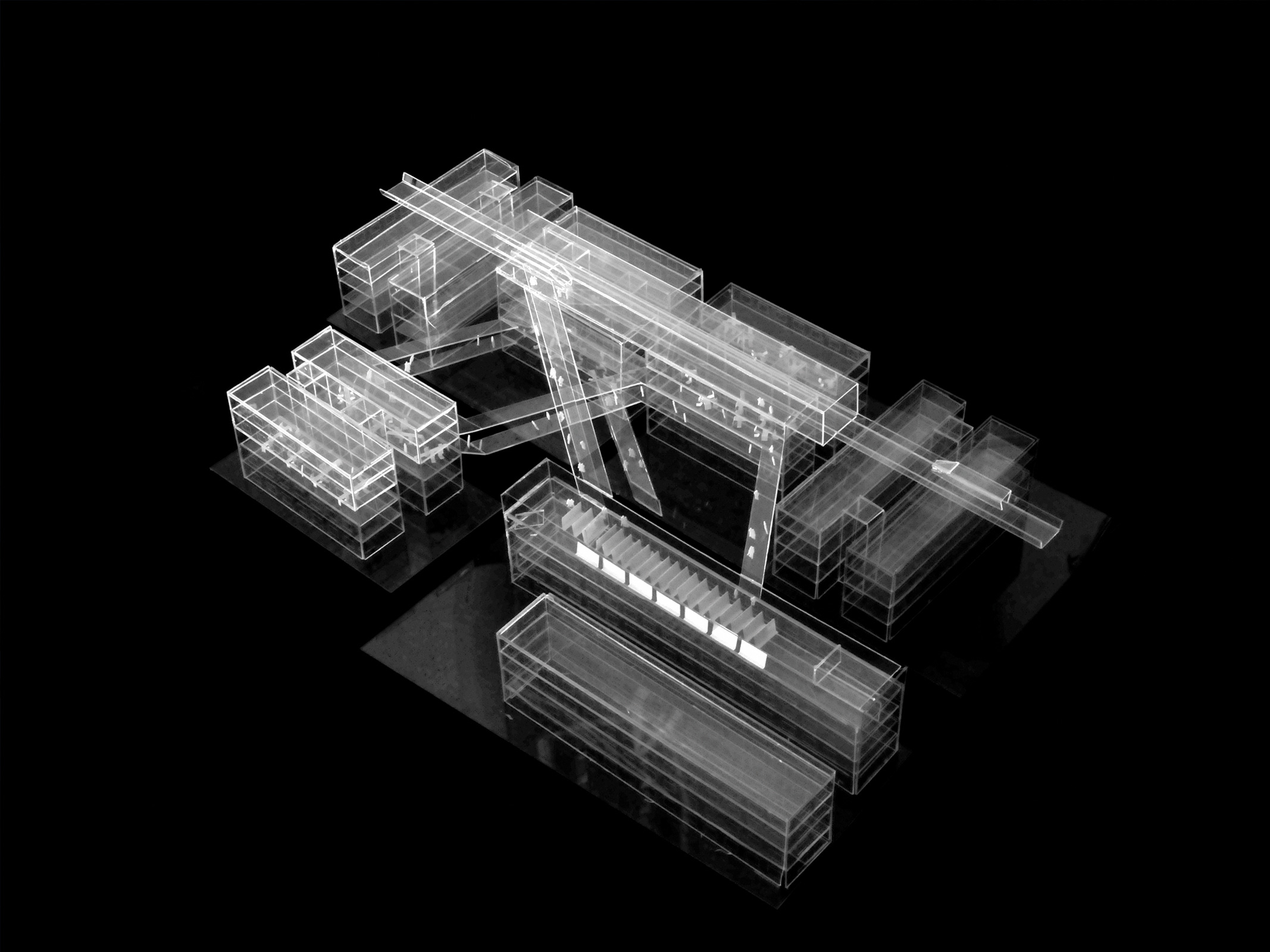 “The city is not a work of art.” Arata Isozaki.

Apart from few exceptions, cities were not born from the drawing board. They were generated from the trial-and-error realm of reality. As a true aggregate of different kinds, urban is far from an identifiable entity. Fragments, patchwork, each have its particular vitality and ability to evolve.

As a result, away from our mind were heroic schemes with unifying ambitions. Instead, multifarious and minimal impacts would stimulate the Brazilian town’s pluralistic richness. A cluster of bright stars is thus covering the whole north of Rio de Janeiro, and softly inducing its renewal. Each one has a different intensity, a distinct color. Three types of interventions were elaborated, and attributed to each context.

From a sharp programmatic modification into the existing, to a high-rise hybrid tower, those interactions are encompassing all ranges of scales, from the urban to the furniture.