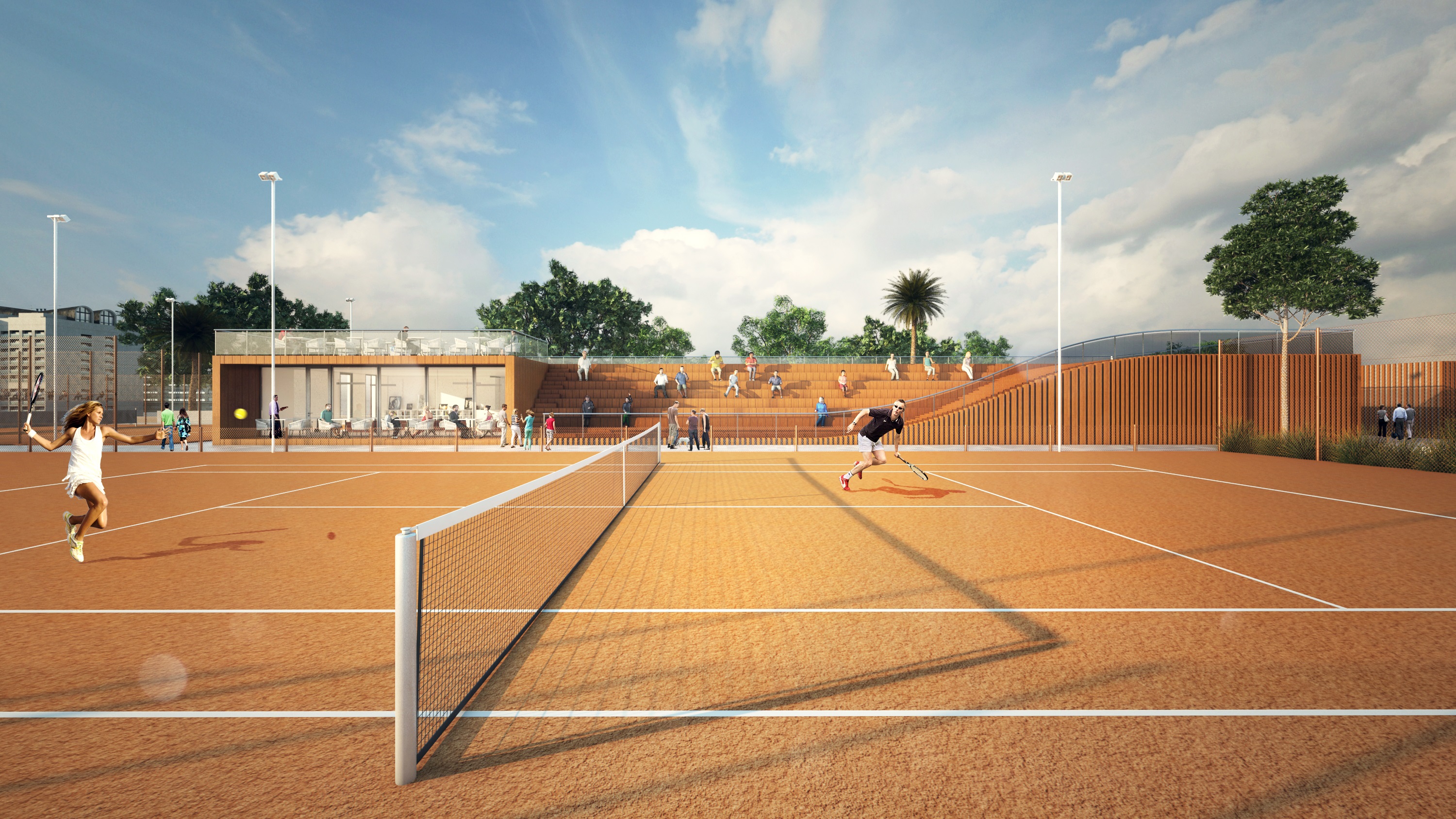 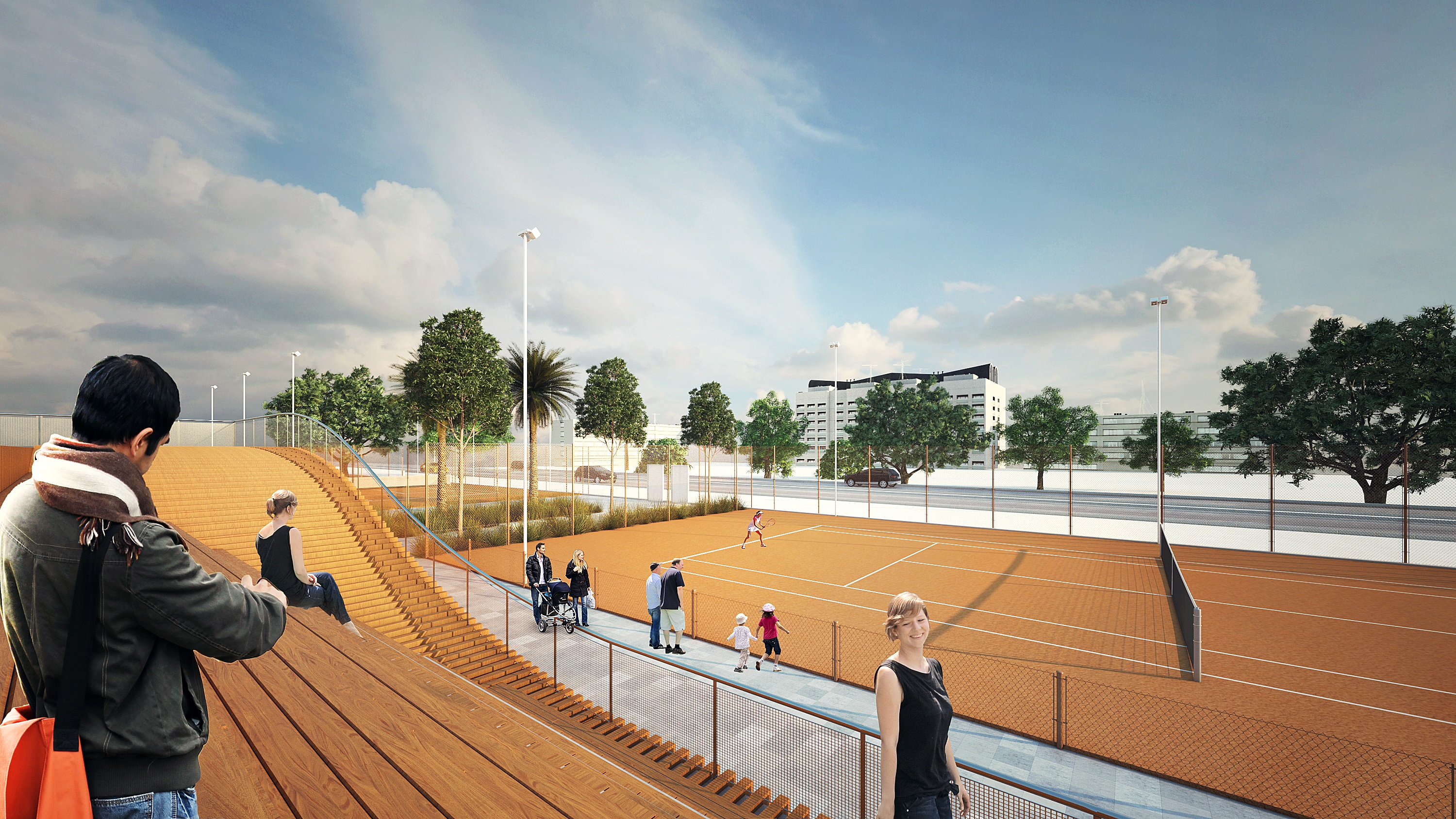 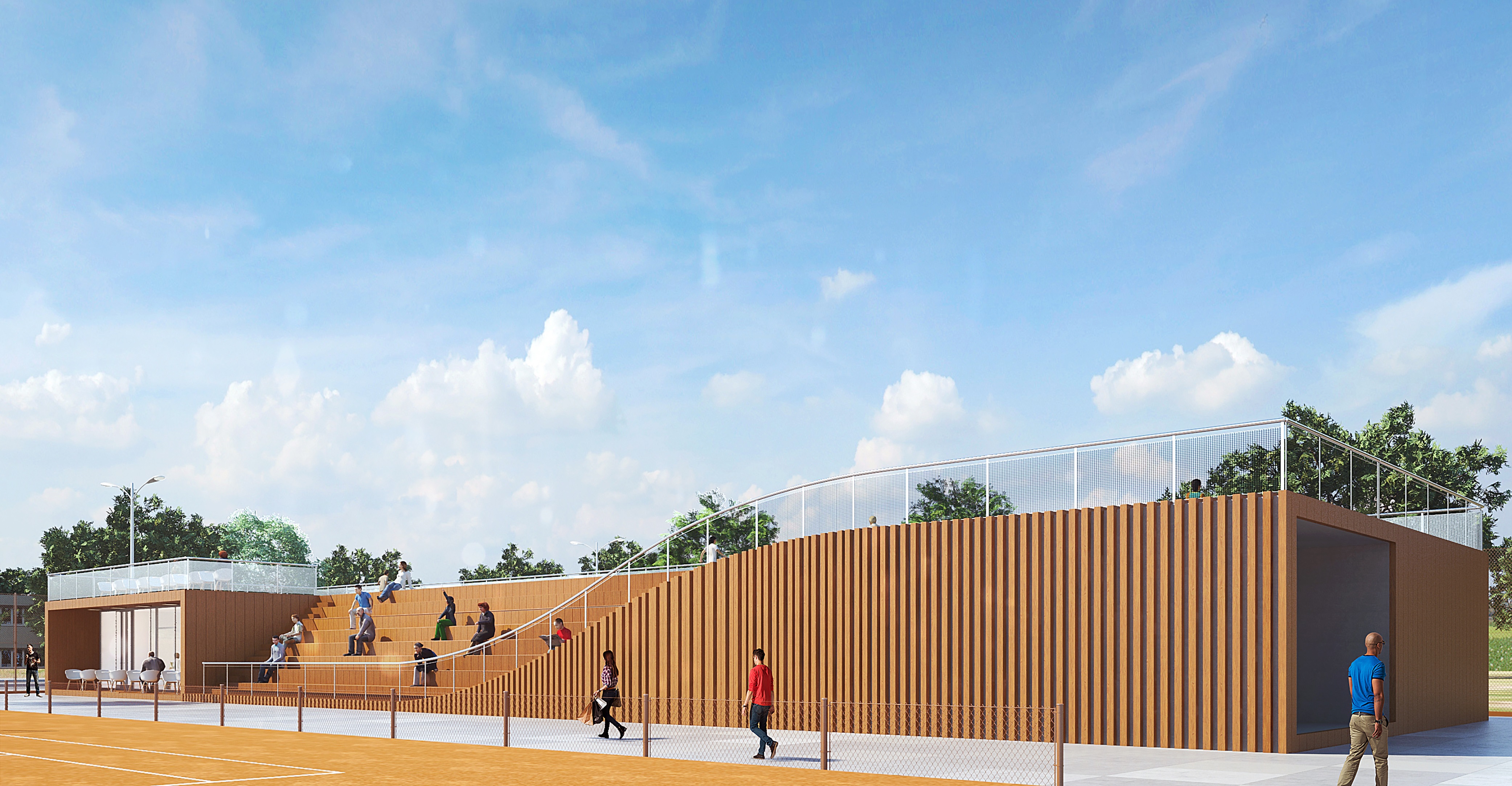 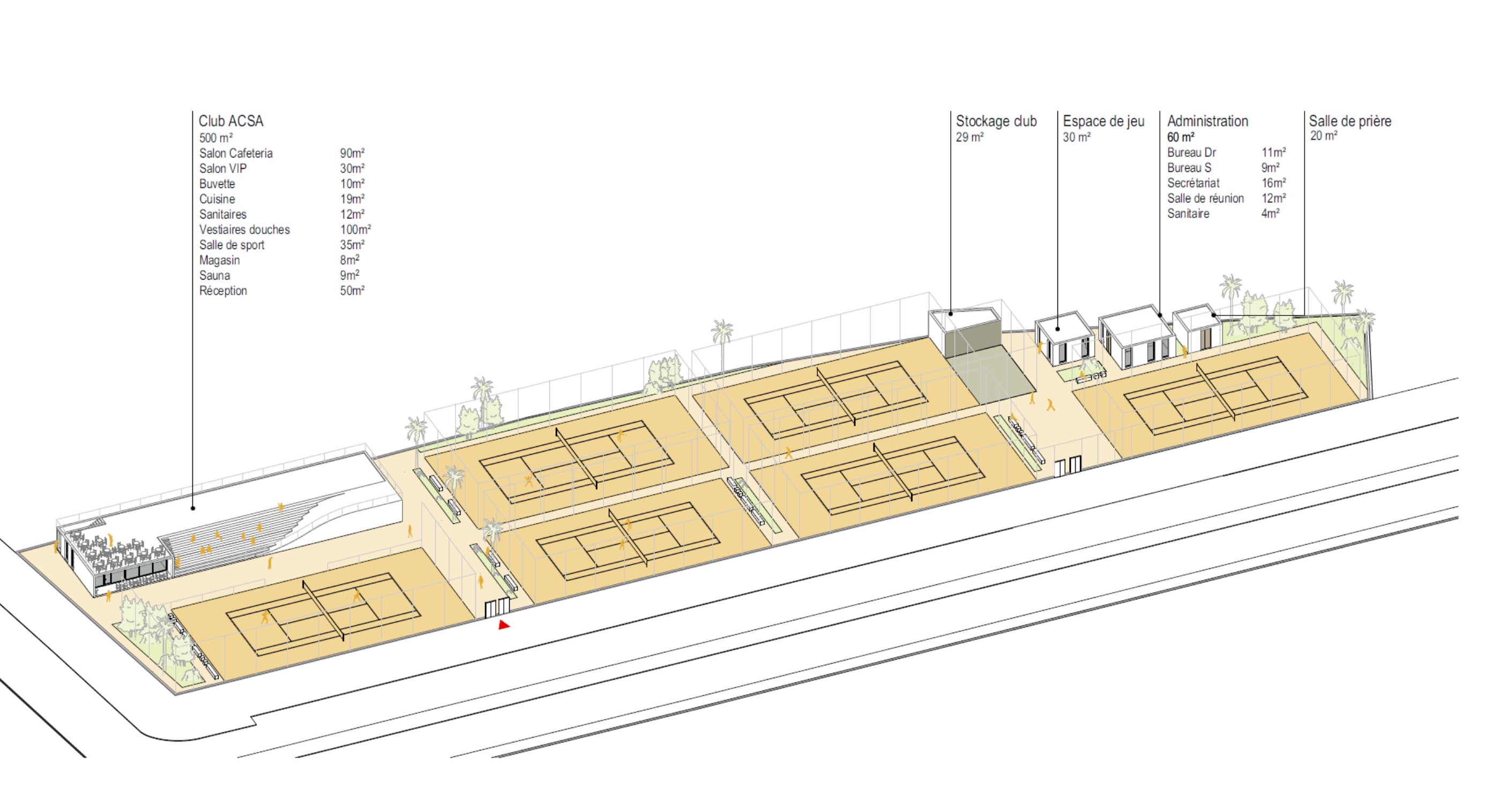 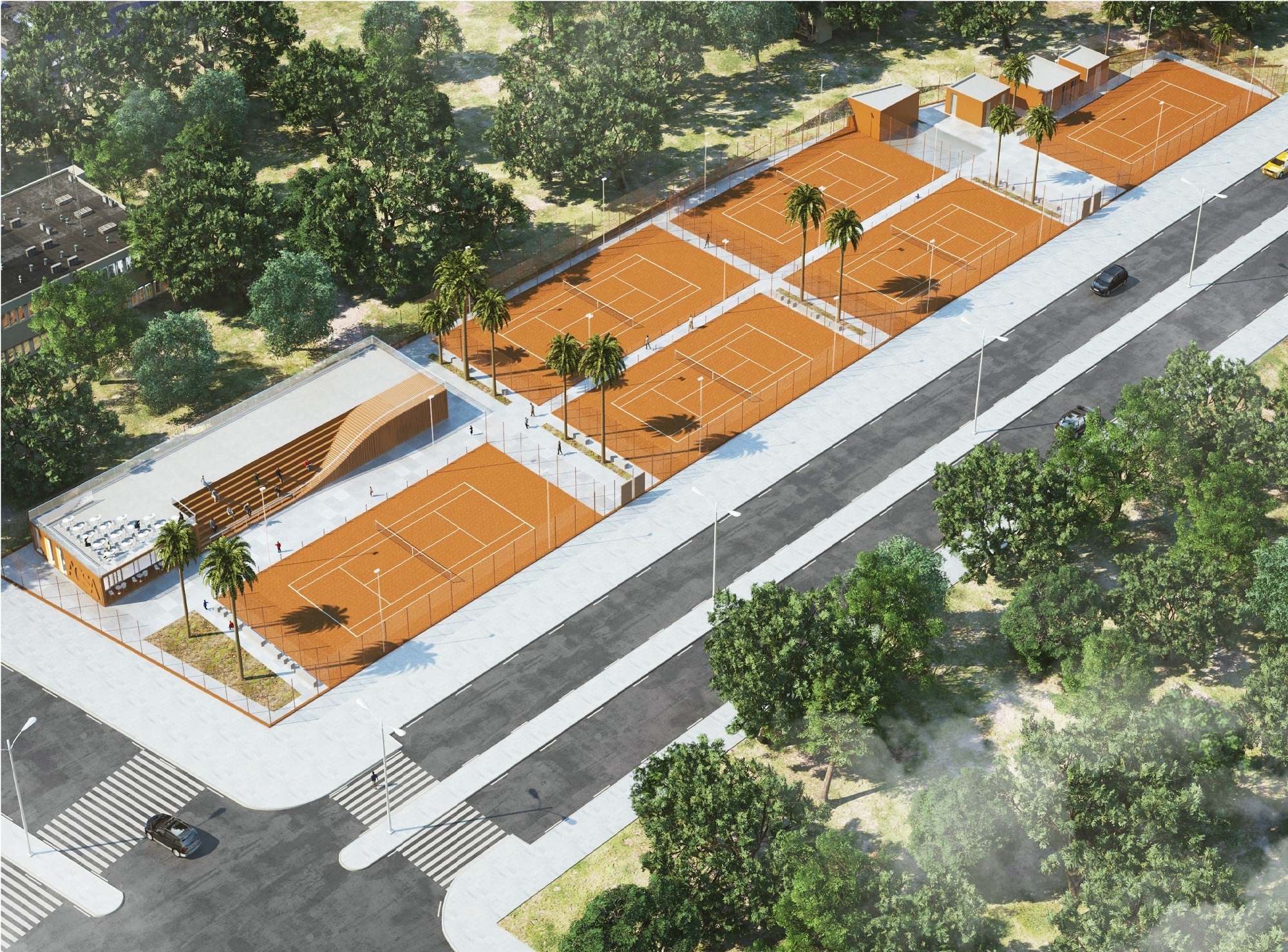 The new ACSA complex, located at the junction of Sidi Abderrahmane Boulevard and Grand Theater Boulevard, is at the entrance to the ANFA CLUB district. The long course leans against the CAF field.

The site being limited on the surface we chose to condense the program in a main building in order to minimize the footprint. This building will also serve as a step in the main tennis court. The particular volumetry of this building, which starts from a basic rectangular volume to deploy steps in staircase, makes it possible both to mark a strong identity to the ACSA club and to provide it with an accessible terrace of 500m² as an extension of the restaurant overlooking the entire building. project. This terrace / step allows visibility on all tennis courts.

Other small buildings on a human scale forming the administrative pole come to populate the southern part of the ground giving the impression of an inhabited village and which allows to possibly initiate future extensions in the same logic of implantation.